3 Things You Need To Do Immediately After a Car Accident

Even though 2019 saw a two percent decline in car accident fatalities compared to 2018, thousands of Americans sustain injuries – both minor and significant – in car accidents every day. Of course, it is easy to be emotional and overwhelmed in the immediate wake of a car accident, which is why it's crucial to take a few necessary steps in the aftermath to ensure your own safety and that of the other people involved.

Whether it is a fender bender or a full-blown crash, the first thing you'll want to do following a car accident is check to see if you and other people are hurt. Don't just be on the lookout for the victims in the other car, too; a bystander or pedestrian may have also gotten unintentionally hurt in the accident, so scan your surroundings for people nearby who may look like they've been injured.

If you or anyone else was injured in the accident, call 911 immediately. Even if no one is visibly hurt, they may have sustained hard-to-see injuries such as head trauma or internal bleeding. Conversely, if one of the victims is reassuring you that they're fine but you can plainly see that they're hurt, call 911 anyway. Post-accident shock (also called hypovolemic shock) can trigger a dramatic drop in blood pressure, and is often associated with rapid or severe blood loss caused by wounds, cuts, arterial, or internal organ damage.

Once you've assessed the aftermath and the injuries of everyone involved, the next thing you'll want to do is move everyone to safety, whether it's on the side of the road or a sidewalk. Doing so will prevent further damage and allow the flow of traffic to resume relatively normally.

You can also help prevent a traffic jam by blockading the accident scene. Flares are good for this, but most people don't have them in their car. If you don't have any flares on you, then turn your hazard lights on and ask the other victims to do the same with their car. These blinking lights will signal to other drivers that they should slow down and drive with caution.

Even if the accident is minor enough where you don't have to involve the police, it's still necessary to get details of the accident as well as the details of the other drivers involved. Look for signs of physical damage such as skid marks, dents, broken glass, or crushed metal. It also doesn't hurt to take note of the victims' injuries. For insurance purposes, you'll also need to get the other drivers' license plates, names, and phone numbers. Photo evidence will help immensely when filing a claim, so take as many pictures as you can.

No matter how minor a car accident is, it can still be both physically and emotionally jarring. Fortunately, these three steps will help you take control of the immediate aftermath so that you can proceed smartly and ethically. However, you don't have to navigate the legal consequences of a car accident yourself, which is exactly where MKH Accident Attorneys can help you. To schedule a free consultation, call us today at (949) 299-7632.

Managing Attorney: From a very young age Harmony knew what she wanted to do: become a best lawyer and fight for the “little fellow”. If you feel like you are an underdog in your legal matter, she Harmony Alves will be the advocate you need. 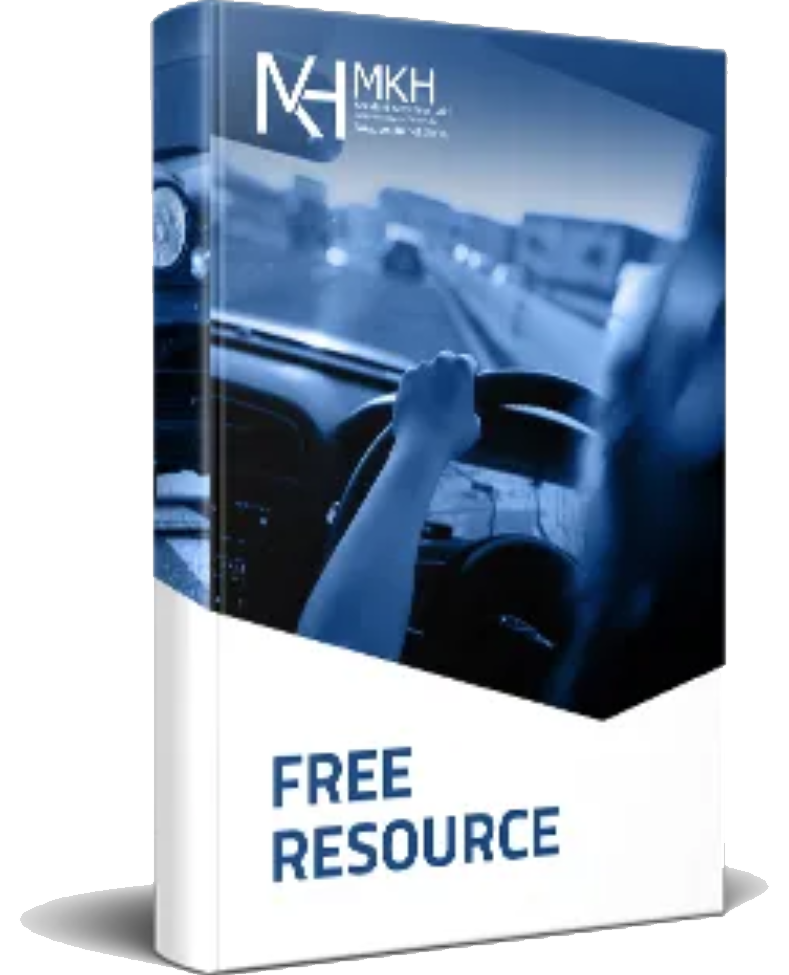